One of the main features coming online with the SIM is the RBAC implementation.

RBAC stands for "Role Based Access Control" and in this first iteration the basic notion of roles and access control has been implemented.

When using SIM for the first time, the only existing user is the system super user.

The system super user has the following permissions:

This first iteration makes use of two levels of access control, and it paves the way for a more complex RBAC, which will be available in future releases.

In the current iteration, ALL users, apart from the super user will have, in general, equal rights/permissions to their allocated assets, irrespective of their assigned roles. 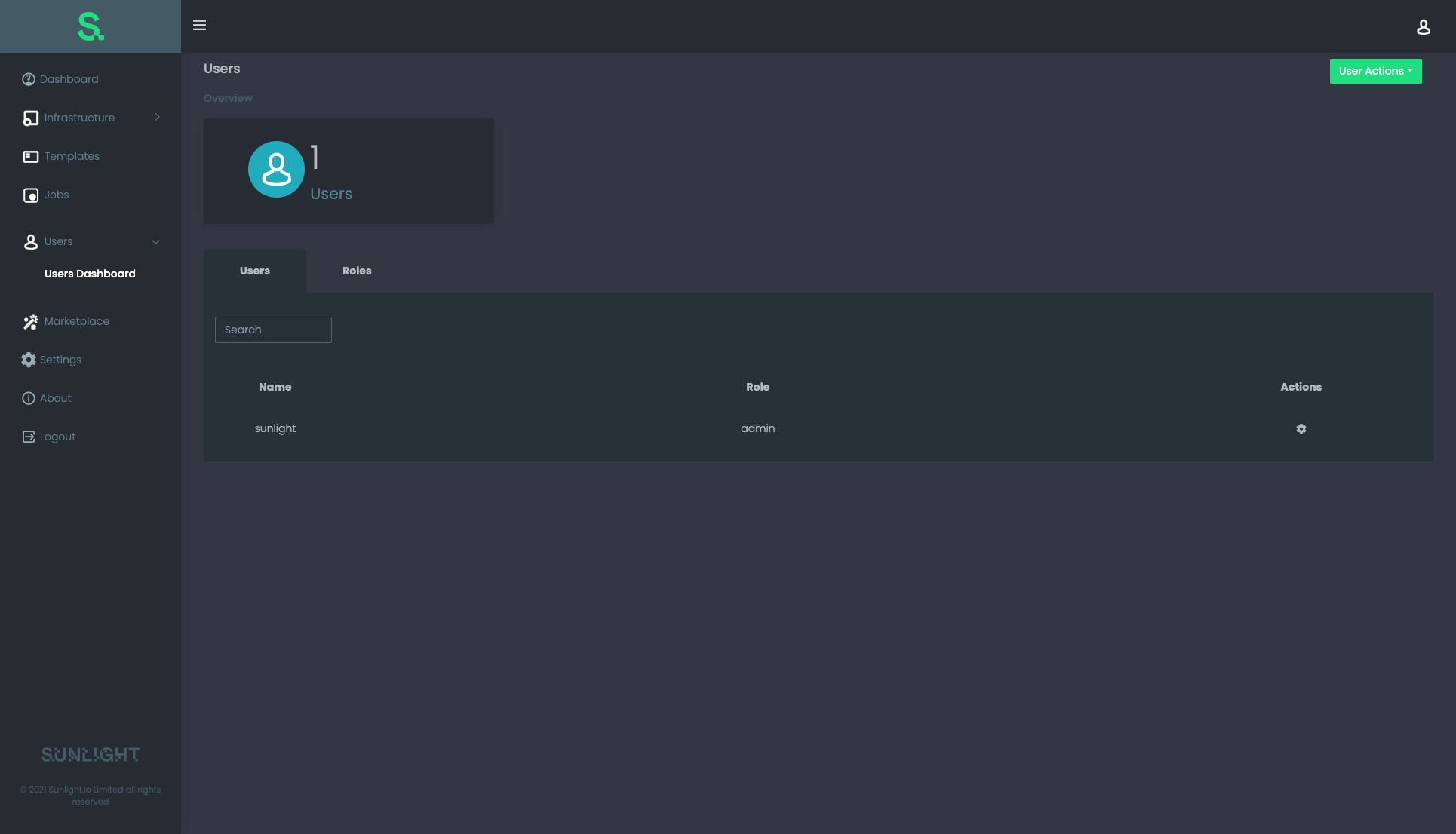 Select User Actions -> Add User and fill in the requested details for a new user: 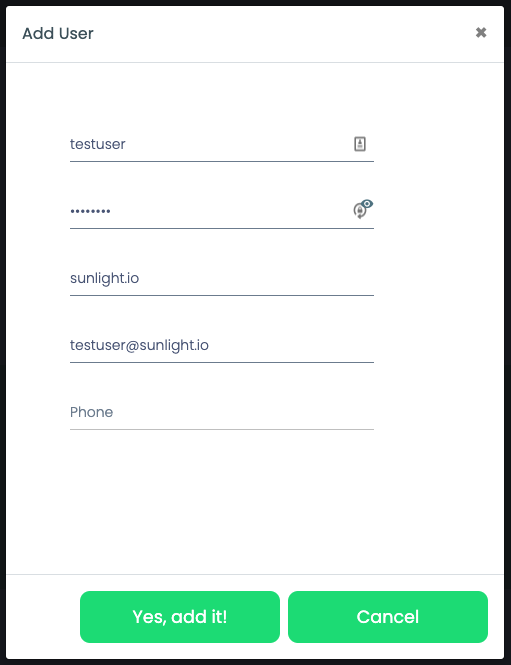 Click on Yes, add it! in order to create a new user. 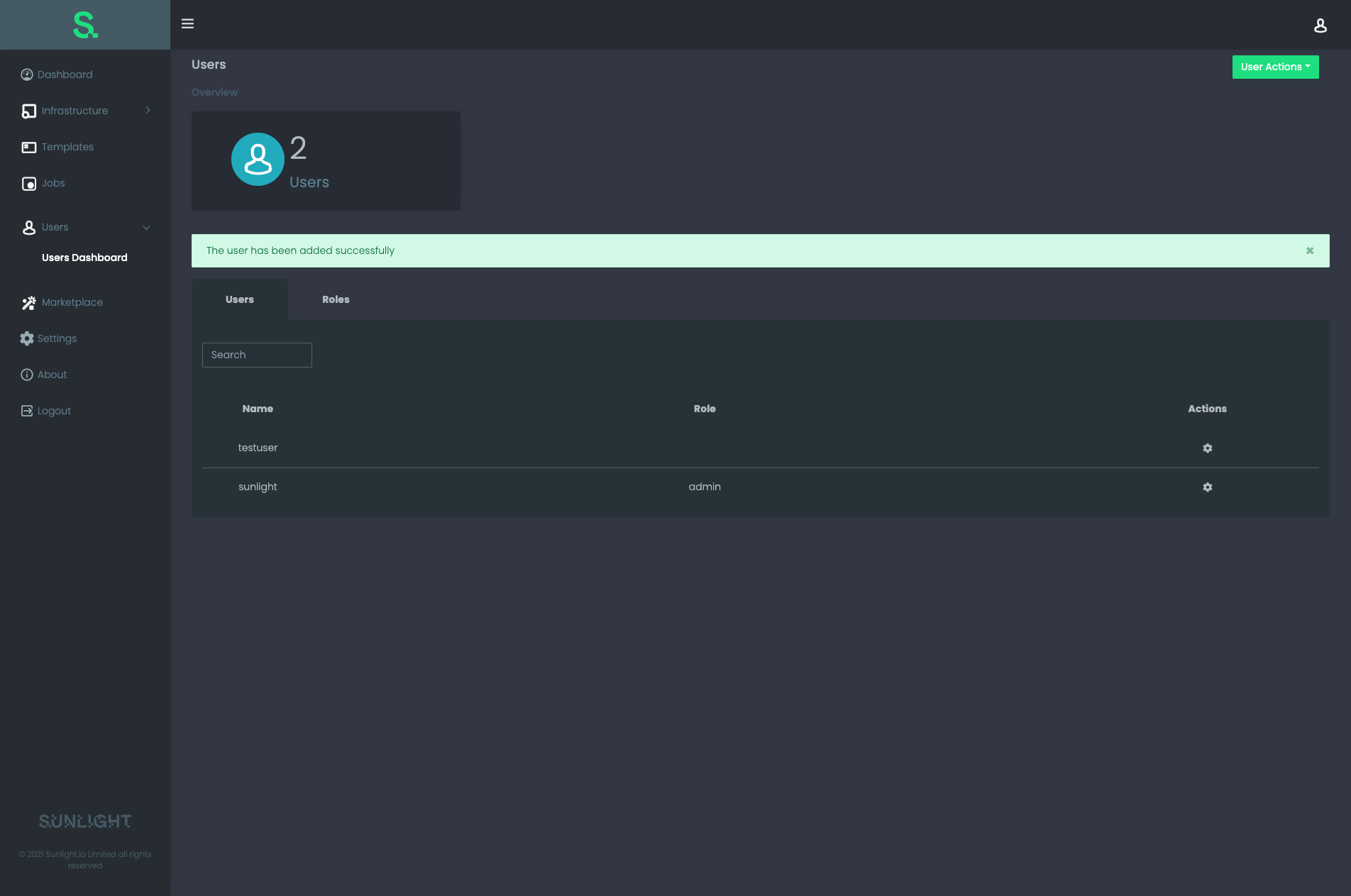 Next, select User Actions -> Create Role and fill in the details for appointing a new role: 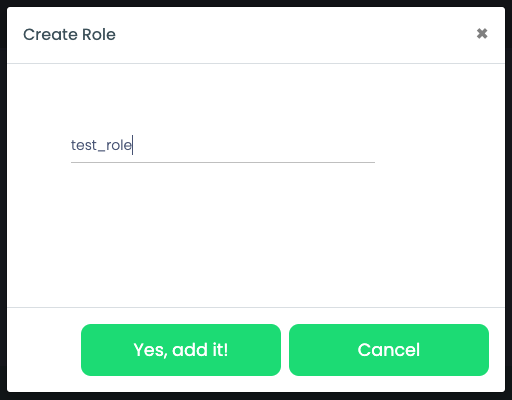 Click on Yes, add it! and the new role is created.

Visit the Roles tab to view the newly created role(s).

The actions available for any new role are presented by selecting the gear icon on the right of the page. By choosing Assign to user, we can assign this role to a specific user: 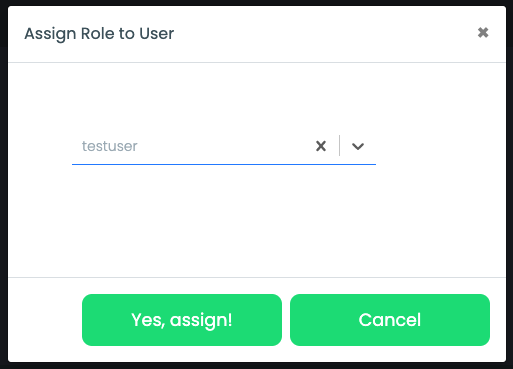 The new role assigned can now be viewed under the Users tab, as depicted in the screenshot below: 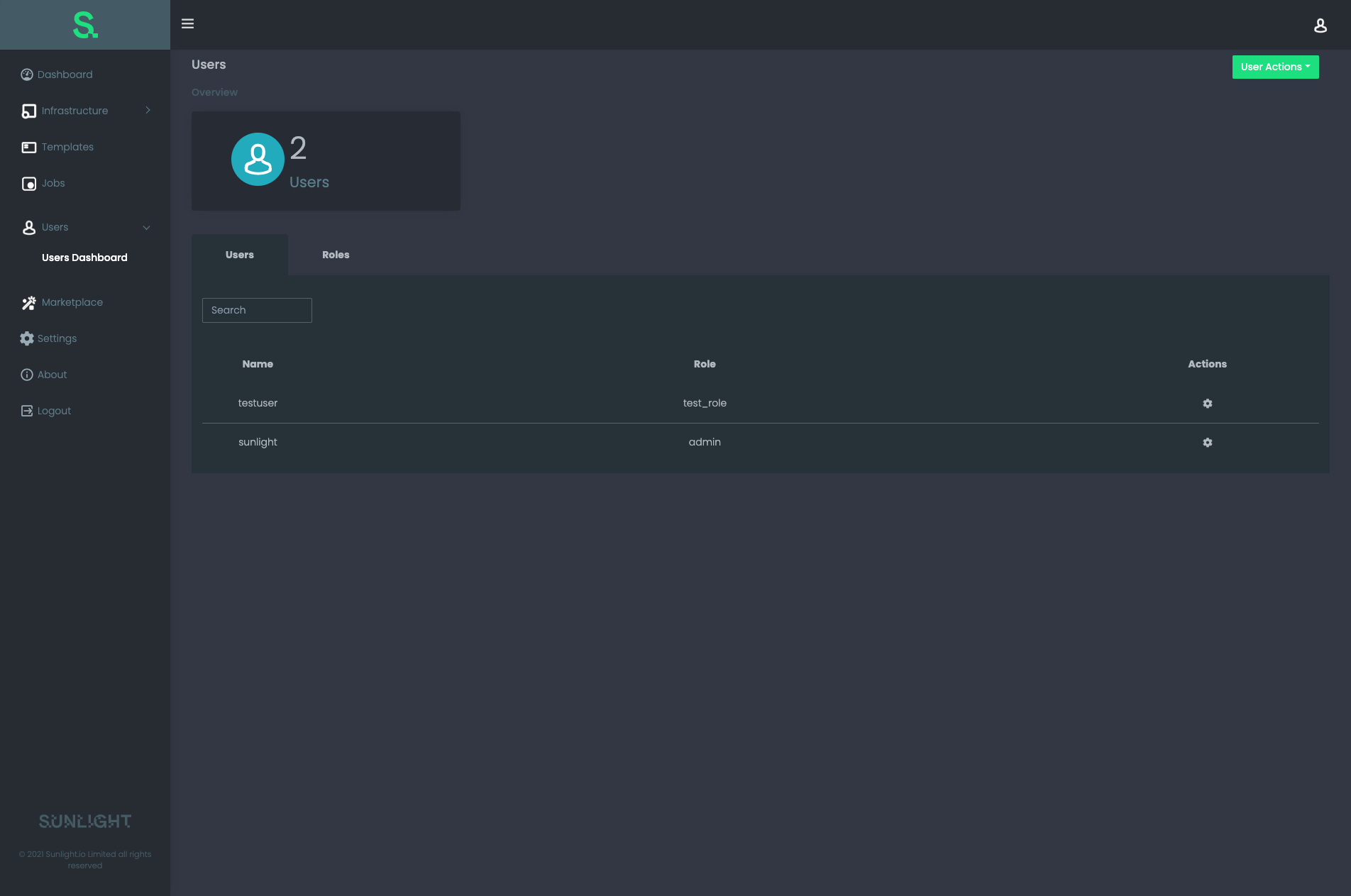