Reliable networks are more important than ever, as companies use them to access the cloud resources. For many enterprises, their networks are the primary point of contact for delivering products and services to their customers. For this reason a redundancy or disaster recovery plan should identify the critical components of the network, where a failure would cause significant outages. Consequently, in an event of failure with various communications links, redundancy allows the network to remain in service by providing alternative communications paths.

Sunlight introduces redundancy into VLAN networks, in order to improve reliability. In case one of the available physical network interfaces (NIC - attached to a VLAN virtual network) fails, an alternative one will be automatically available to take over the network connectivity, between the physical nodes.

VLAN Network fault tolerance feature does not apply for the physical interface NIC 0, which is attached to master node. 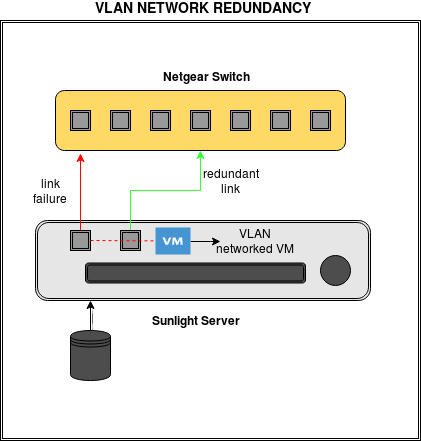 Setting up a redundant VLAN Network

At a higher level, network administrators can set up a new reliable redundant VLAN network, through the Network Configuration section, by following the steps reported below:

Initially, both NICS are deselected, as shown in the image below.

You are able to check the information box at the top left corner of the page, before proceeding to the finalization step, in order to verify the network interfaces' roles, as illustrated in the following image: 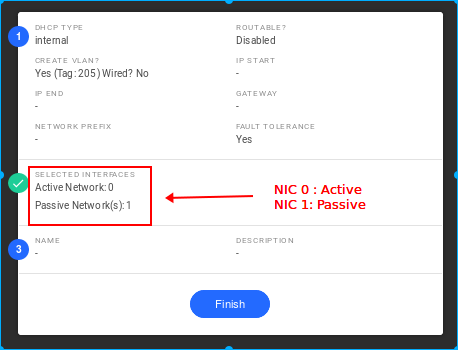 The next steps for configuring this virtual network are exactly the same as the ones described in the network configuration section.